From Viridian TTRPG Wiki
Jump to navigation Jump to search 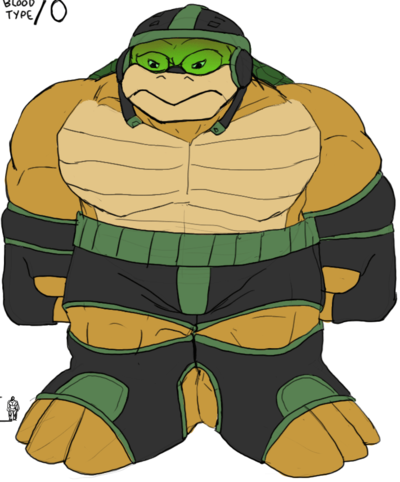 Tortles are a tough and burly race but a tad slow in their mobility, except for in the water where they’re adept swimmers. All Tortles know how to withdraw with their shells and are skilled at defending themselves.

Because of their durable shell and hide, Tortles make for excellent guards and soldiers. People don't expect such a normally peaceful and relaxed people to be regimented and organized.

Tortles situated on islands near the mainland developed a potent fighting-style suited for their stature, harnessing the light of the sun to create brilliant beams of light.

Like the Kamehamehans, some Tortles take up a subtler approach to martial combat, sneaking in from the shadows and felling foes in one strike.

Since Tortles age surprisingly slowly, this gives them time to learn a variety of subjects and skills.

In a strange way, the gentle and smooth appearance of some Tortles can make them appealing to other races.

Some lone Tortles that don't have to share resources end up growing up into massive adults, the biggest Tortles of all can be found in the Viridian Republic.

Tortles possess extremely thick and durable shells on their back, protecting them from harm. Due to the large size and inflexibility of their shell, this evolutionary advantage comes at a cost to practicality.

A Tortle’s skin is tough and leathery to protect them from harm when their shell doesn’t.

Tortles are adept swimmers, whether they are in fresh or ocean waters.